Global Diversity Awareness Month: Expanding the Turf for Women Can Change the Trajectory of a Company 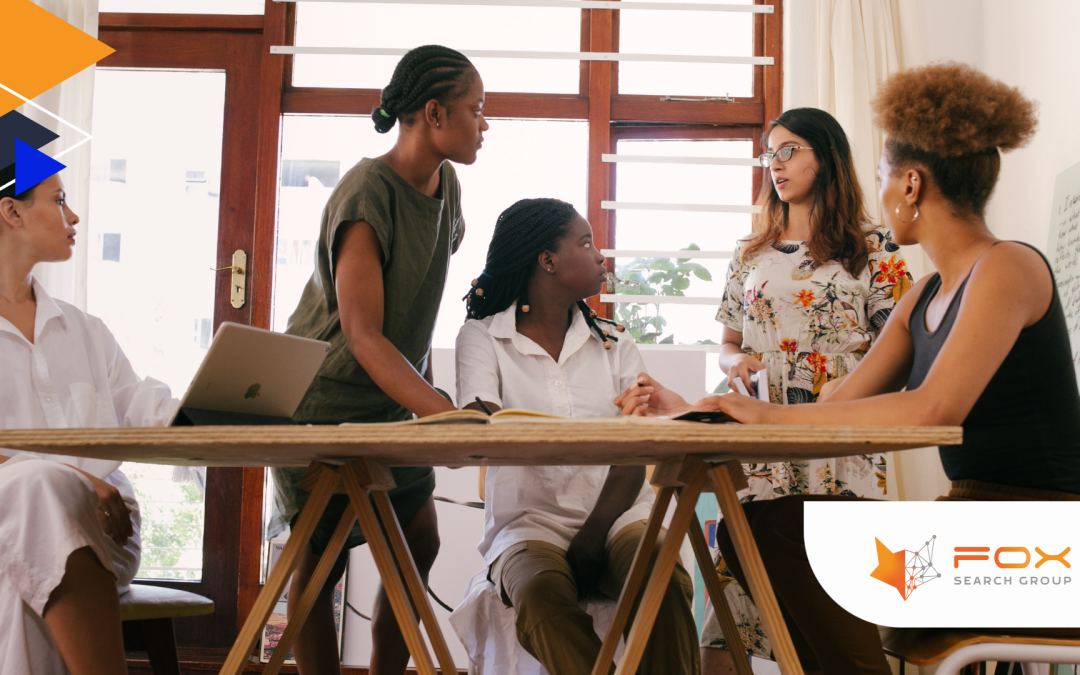 For the longest time and up to this very day, women in tech remain very much underrepresented. This is especially true at the C-suite level, where women leaders in technology are by far in the minority.

Take, for example, Gartner’s 2021 Leadership Progression and Diversity Survey. In this survey of 3,500 employees representing 24 industries, 56 percent of women who participated in the study were frontline employees. Only 29 percent of them came from the C-Suite.

Additionally, data on the US workforce revealed that 47 percent of the active workforce were females. However, less than 28 percent of these women were in leadership positions. This huge gender gap shows that gender discrimination in the tech industry remains very much present up until now. Women in tech jobs have not only remained in the minority. They are fewer in technical roles where leadership and decision-making form part of the job description.

Women in Tech: A Real Game-Changer

As a tech company executive or hiring manager, why should you work toward minimizing the gender gap in tech? The answer is simple. Data in the last few years reveal that companies that employ more women and minorities in their C-suite ranks tend to outperform those that don’t.

Intensive research conducted by McKinsey revealed that companies with 30 percent or more female executives were highly likely to outperform firms with less than 30 percent female employees. In fact, there is a whopping 48 percent difference in performance and productivity, separating the more gender-diverse companies from those that are not.

This rather compelling study becomes even more enthralling when you factor in ethnicity in addition to gender diversity. The likelihood for outperformance tends to be higher for ethnically diverse companies versus those that are not.

Sadly, despite these glaring stats, the reality is that progress has been slow in the US and the rest of the world.

In the same McKinsey data, the percentage of female representation in the C-suite inched up a mere 5 percent from 2014 through 2019. That amounts to just one percentage point per year. This gender gap is true across many sectors but is even more magnified in the tech sector.

The slow progress in closing the gender gap is saddening because the tech industry has had a number of leading women whose power and mettle have made a difference in the companies they manage.

Take, for example, Jacky Wright, the Chief Digital Office of Microsoft. Under Wright’s management, the tech giant has helped businesses leverage technology to drive digital transformation. Being a female and a woman of color, Wright remains at the forefront of global digital transformation while lobbying for greater inclusivity and diversity in the tech industry.

Another fine example is YouTube CEO, Susan Wojcicki. A true woman of impact, Wojcicki led the USD1.65 billion acquisition of YouTube by Alphabet’s Google. She has run the ubiquitous video-sharing site since 2014.

From one big tech company to another, Amazon also boasts of a dedicated Vice President for Technology in the person of Mary Best Westmoreland. Beginning her career in tech as a programmer before rising through the ranks to become a senior software engineer and finally into the C-suite, her work continues to make the e-commerce giant the most prolific player in ecommerce now and in the foreseeable future.

Perhaps, one of the most familiar leading women in tech is Meta Chief Operating Officer Sheryl Sandberg. As the COO of Meta Platforms for the last 14 years, Sandberg was instrumental in Facebook’s exponential revenue growth in the last several years. As the company pivots toward the Metaverse, Sandberg’s leadership to propel the firm to even greater heights cannot be overstated.

Other than tech giants, there have been more companies with powerful and influential women in their higher ranks. From Walt Disney to Space X, Oracle, and Salesforce, these women leaders in technology have truly spearheaded innovation and transformation in their respective organizations.

In fact, an optimistic projection by Deloitte Global says that the world’s top tech companies will have filled 33 percent or a third of their ranks with female employees by the end of 2022. Whether this comes to fruition or not this year, Global Diversity Awareness Month remains a vital reminder, not only to the tech sector but also to the global economy in general, of the direction we should all be taking in the workplace.

Women in Tech: Challenges and Hurdles

The Global Diversity Awareness Month also brings challenges and hurdles women face to the fore. It is also a worthy time to reflect and attempt to mitigate the reasons behind the failure of many tech companies to implement gender equality and diversity in the workplace. The truth is various mechanisms come to play that effectively prevent women from having more active participation in leadership and decision-making at work.

For instance, when you consider hiring for a C-suite position, you will realize that many successful hires in top management posts are largely based on networks. Most C-suite executives are heterosexual middle-aged white males whose network largely consists of the same demographic. This makes it challenging for women or other individuals from minority groups to penetrate the C-suite.

Another challenge is that most women have to juggle other important roles that they also need to play, such as being a homemaker or a mother. The ongoing COVID-19 pandemic has exacerbated this challenge with the closure of daycare centers and other child-rearing facilities, which greatly help working mothers.

This means that the changes that women need from the workplace transcend their home life in what could essentially be a form of systemic oppression. Women need to be provided with consistent support systems that would help them become more active players in the upper echelons of the corporate world.

As we celebrate Global Diversity Awareness Month, companies must take more concrete steps toward realizing real diversity and inclusivity in the workplace. For women and ethnic minorities currently job hunting, you can tap into channels to help you land a job in a company that truly celebrates diversity and inclusivity. This is why you should consider partnering with The Fox Search Group.

As a female-owned organization committed to diversity, inclusivity, and equal opportunity, the company believes that race, age, and gender are no limitations. They are catalysts of innovation in any organization. Connecting reputable companies with top tech talent regardless of gender and ethnicity, the Fox Search Group’s recruiters can help you narrow that gender gap at work. Talk to one of our expert recruiters now.

No comments to show.